Marshal Hilton says You Should Have Left to The Courier 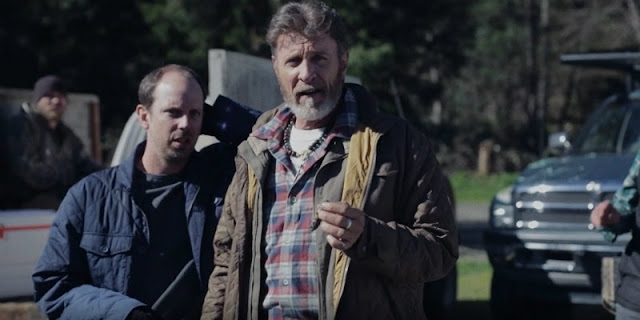 A couple of months back we interviewed veteran genre actor Marshal Hilton about his work on the great indie horror flick Echoes of Fear. At the time, we invited Marshal to return any time he had a new project to promote.

A week later, it was announced his latest film, A Clear Shot, would be released. So it only made sense to have him come back ASAP.

Marshal will indeed be in The Basement when Jason and Shawn take over the Radio NL 610 AM airwaves tonight at 6:05. And he talks A Clear Shot, working with legendary actor/director Mario Van Peebles, and how historically accurate the film -- which is based on the largest hostage incident in U.S. history -- is. It's a great talk with a great man.

But that's not all. With no summer movies to see in theatres, The Basement Boys riff on their Top 5 favourite summer movies of all time. What are they, and why do they make the list? Stick with us!

And stick around for reviews of the just-released-on-VOD You Should Have Left starring Kevin Bacon and Amanda Seyfried, the action flick The Courier with Olga Kurylenko and Gary Oldman, and Keanu Reeves's sci-fi tale Replicas.

All this for the low price of free! And you can tune in via the 610 AM dial or the streaming link to your right.