A Clear Shot is taken at prime-time radio 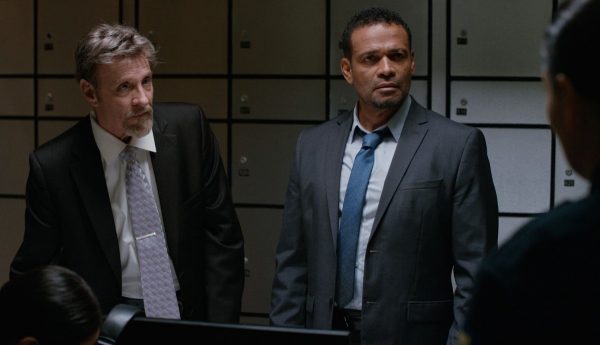 Today is the day Hollywood is open for business... which means there's still not a lot to talk about in terms of movies, TV and streaming when Jason and Shawn take to the Radio NL 610 AM airwaves this evening.

Which isn't to say The Basement Boys have nothing to say when the top-of-the-hour news is over.

For one, they're reviewing the action/drama A Clear Shot starring Mario Van Peebles and Marshal Hilton. The film is based on the largest hostage incident in American history, and tackles issues of race and law enforcement, which are on the public's consciousness at the moment. Does A Clear Shot entertain as much as it addresses these important topics? Stick with us!

And don't touch that dial, as Shawn chimes in on the new season of Netflix's The World's Most Extraordinary Homes (yup, you read that right), and Jason revisits 1983's The Entity and tackles the Bigfoot horror movie Primal Rage, which also stars Marshal Hilton.

Toss in a rundown of what there is to watch on the small screen for the week ahead and you've got yourself the latest broadcast... From The Basement! Tune in at 6:05 p.m. on the 610 AM dial, or via the streaming link to your right.