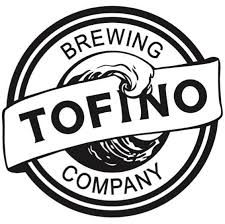 I'm sitting here on my balcony, enjoying a tip and sip.  Why?  Because it's FRIDAY, bitches!  Yeeha!

Sorry, got caught up in the momentarily joy of having the day off, sunshine, and a cool beverage in my hand.

This week, we're explore the depths of the ocean's bounty with Tofino Brewing's Kelp Stout. 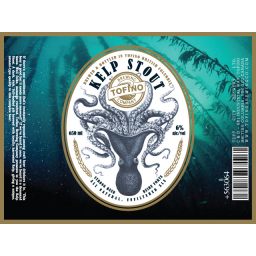 Not going to lie, a picture of a giant octopus isn't what you'd expect to find on a beer label... let alone find yourself pondering drinking the beer it's on.  Having said that, I do like this label.  I've always loved the old nature sketches and engravings showing the Kraken dragging ships down into the depths.  The octopus on the label is done in that old school style, and is just fascinating to examine in its detailing.  It's arrangement on the white "egg" is nicely done, and balances wonderfully with the text and other graphics.  The colours of the "egg" are also well done and balanced.

I have to say the blue background showing the kep strands waving underwater is a great touch that enhances, and helps draw your eye to the main part of the label.  It has a beautiful contrast to the "egg" that only helped to add to my interest in trying it out. 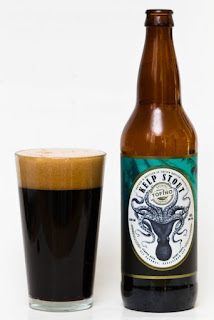 Tofino's Kelp Stout has a wonderful darkness to it, and the foam has a nice shade of coffee and milk to it that the two looked really satisfying.  Normally, I like a dark beer's head to be an off-white colour- but the darker shade of this brew's head of foam was nice to see.  The rich, deep brown of the stout is almost absolute- you can not see through it.

Don't let the darkness of this brew's depths fool you though.  It looks thick and heavy, but isn't.  It's not a weak beer by any stretch of the imagination, but it's not a kick to the nuggets, either.  It's got a nice rich and smooth taste that continues from the first sip to the last.  The kelp taste is certainly there- but doesn't overpower it.  In fact, it blended in quite well with the overall stout taste- adding just a hint of "that's a little different..."  I could almost imagine sitting in a Newfoundland Pub in the early days of its fishing industry, sipping this brew, and longing to get back out on the sea.

While the idea of an octopus on a beer label and drinking something with sea weed in it might not be the first thing you might think of trying and enjoying, I would suggest giving Tofino Brewing's Kelp Stout a try... maybe while singing a old sea shanty while gazing out from the top of a lighthouse...

A seaworthy "Good" from me.