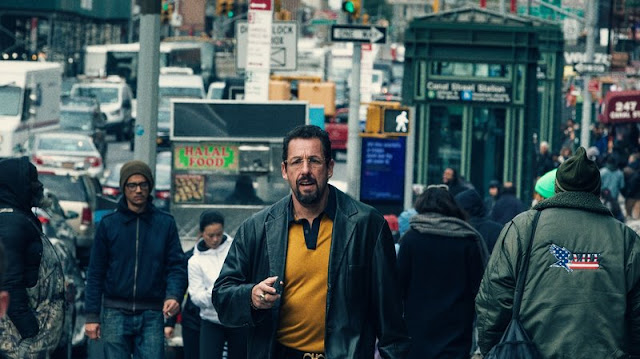 Never underestimate the effect a great director, or pair of directors, will have on an actor. Case in point: Uncut Gems.

The Safdie Brothers and Adam Sandler came together to create such an amazing performance, that I might even be willing to say Sandler got Oscar snubbed. Maybe. Sandler embodies the character so fully that I could no longer tell I was looking at The Water Boy.

Not only do the Safdies nail it in directing the acting, but the whole film is expertly done. They do an excellent job putting you into the anxious, fast-paced world of Howard Ratner. You spend all of the movie anxiously glued to the screen, waiting to see how the charismatic sleaze-ball stays alive.

While not talked about as much, the Safdie Brothers also create an extremely grounded and believable New York. It feels so lived in and alive, much as it did in their previous film, Good Time. Part of this has to do with them hiring many non-actors from New York for fairly major roles.

All in all, Uncut Gems was a fantastic whirlwind story that surprised me in many way, This one's a good time, and definitely a Good.