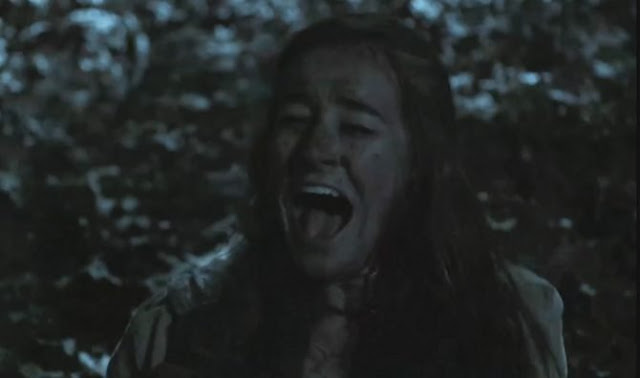 We in The Basement are well aware of how hard it is to make a movie, let alone get one released. So our initial hope when watching any film is we want to like it. It takes blood, sweat and tears to get a project off the ground. Anything that hits a screen should be good.

Sadly, that's not always the case. In fact, a lot of the time we're left feeling pretty meh. Then there's movies like Crypsis.

Crypsis is a competently made, but poorly scripted, thriller about a bunch of jerks who spend the night on an island. The island is home to a monster, and it picks them off one by one. That's about it plot wise.

Which is fine, had the characters been likeable and worth rooting for. Instead, we get a bunch of bro types who spend the running time bickering and trash talking each other. And, when any one of them is about to fall prey to the beast, the others run away screaming, which makes them dicks and cowards. I couldn't wait for them to die!

Sadly, it takes about 80 minutes to kill them all off. Then there's a pointless twist that drags things on for another few minutes...

The film's one saving grace is the monster. It's a cool looking man-in-suite creature that is convincing enough. But it can't climb trees, which makes no sense as it's the lone inhabitant on an island full of them. Had it been able to, we would have been down one asshole sooner, and the movie minutes shorter.

Had Crypsis been better written, and the characters worth rooting for, it would rate a Bad. As is, it's an Ugly, and one of the worst things I've watched in some time.