Dominiquie Vandenberg in The Basement 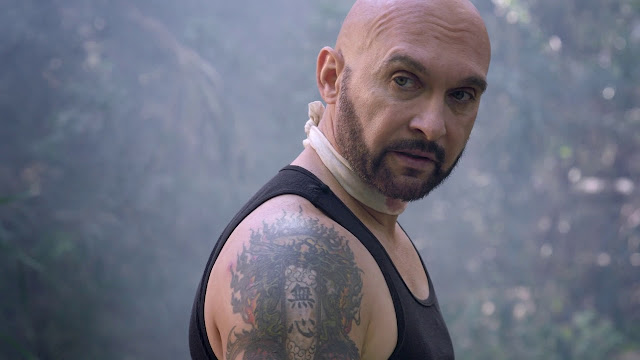 There's a new action hero in town, and his name is Dominiquie Vandenberg.

While he might not be the household name Chuck Norris, Jean-Claude Van Damme or even Steven Seagal are, he IS a real-life action hero. Dom served in the French Foreign Legion, he's a trained martial artist and knife combatant, and has fought in Thailand's famed freestyle fighting rings.

He's also a writer, warrior poet, and has appeared in more than a dozen movies. And he was the action choreographer on Martin Scorsese's Gangs of New York. Yup, he's worked with Scorsese, Leonardo DiCaprio and Daniel Day Lewis!

Dom joins us tonight at 6:05 Pacific on the mighty Radio NL 610 AM Kamloops to talk about his life, his career and his new movie The Mercenary, which hits Jan. 7. Believe us when we say to you this is a can't-miss interview with a fascinating human being.

But that's not all, as From The Basement celebrates a landmark today. We might be two months into our prime-time spot, but we're officially a decade old as a podcast and website, so Jason and Shawn will talk about that as well.

So tune in at 6:05 tonight on the 610 AM dial, or via the player to your right. We saved the New Year's Eve fireworks for Friday night!