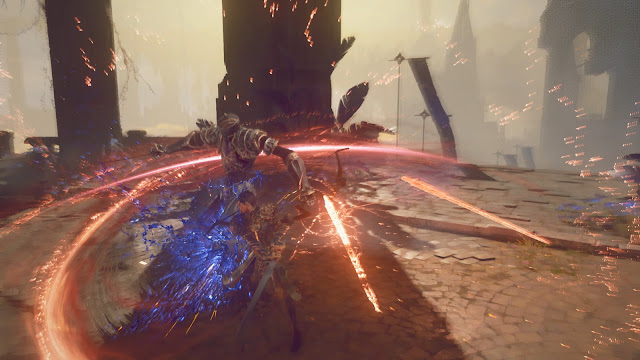 But I digress! Developers PlatinumGames and Square Enix have a new game headed our way in 2020 called Babylon's Fall. We're not going to learn anything about it until next summer, but a gameplay trailer hit the web earlier today, and boy oh boy...

That's all I gotta say. Take a look:

Lots of combat, which I'm down with, and visually stunning. I'm not much for fantasy games, but given my passion for Tomb Raider, this is one I gotta try.

Like I said, we're not going to learn much more about Babylon's Fall until next summer. What we do know is it'll eventually land on PS4 and Windows PC via Steam.

Stay tuned for more as we learn... more.