Review: The World According to Jeff Goldblum Season 1, Ep. 5 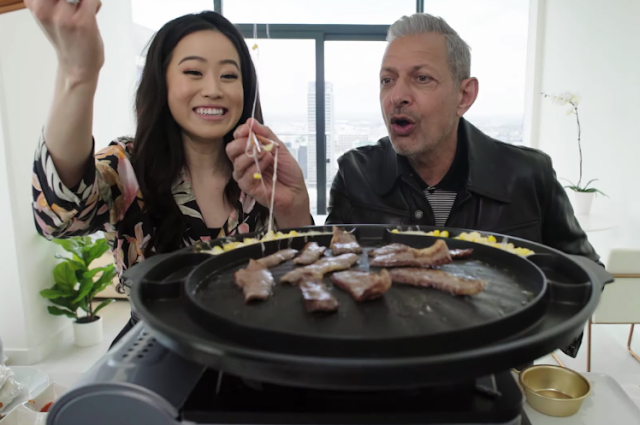 The World According to Jeff Goldblum rebounds nicely with this fifth episode, and it doesn't hurt it covers one of my favourite topics: barbecuing!

Once every week or so during the summer a buddy of mine and I sit down around a fire and grill ourselves some food. Beef. Pork. Prawns. Veggies. We cook and eat it all. The food is great, but it's the conversation and companionship that makes the outings. The barbecue is the excuse to hang out.

That's pretty much what Goldblum discovers during his exploration of the subject. He enjoys some slow cooking with the BBQ Pit Boys and learns how to cook some MONSTER ribs. Then he hangs out with YouTube griller Stephanie Soo to craft some Korean BBQ before trying out some vegetation options with the L.A. Fire Department on Independence Day.

Watching all this cooking will make you hungry. Really hungry. But it's also fascinating to witness. Maybe it's because I love to cook, but there isn't one boring moment this episode. I was hooked for the entire ride.

And Goldblum learns what I mentioned above; BBQ is about the people you share it with more than the act itself. It's a reason to come together in person or online, much like our ancestors did.

This episode is also notable because we get to meet Goldblum's wife and kids. They're the catalyst for this entire journey (apparently Goldblum has no grill skills), and I'm glad they were. The episode is a Good.