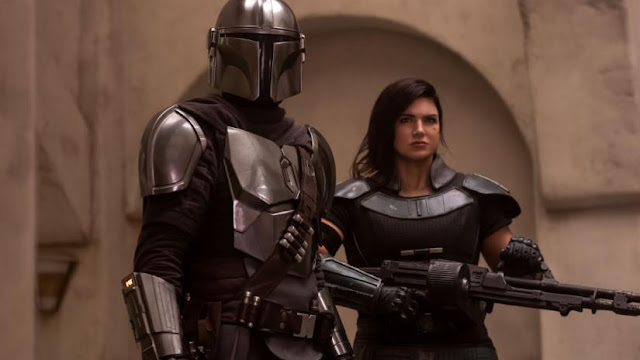 The Mandalorian ends on an epic high note, resolving the previous episode's cliffhanger with an exciting episode that concludes most of the first season's storylines, and sets everything up for what should be a great second season.

That's really all I have to say about it...

But this is a most satisfying end to what is one of the best shows on TV, and the first truly great Star Wars thing since Return of the Jedi. What Jon Favreau and company have achieved is everything a Star Wars fan could want from a TV series based on the franchise. Many are upset by The Rise of Skywalker (I will find out for myself later today) but those fans can place their hopes in this show. This is clearly the future of the franchise.

This season finale answers many of the questions we've been asking the last seven episodes, and leaves some important ones unanswered. We don't want to know everything, lest there's nothing to look forward to next season.

And what do we have to look forward to? Think Lone Wolf and Cub in space, as The Mandalorian and The Child set off to find the young one's home planet. And this fan is certainly looking forward to that journey.

The Mandalorian ends on a Good note, and proves Star Wars is alive, well, and in good hands.