Dominiquie Vandenberg sets his sites on The Basement 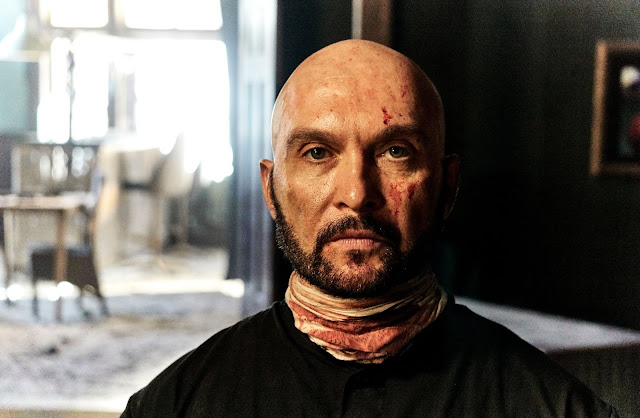 Earlier today we posted a review of Jesse V. Johnson's latest action effort, The Mercenary. And just now I got off the line with its star, the great Dominiqiue Vandenberg.

Dom might not be a household name like Steven Seagal or Jean-Claude Van Damme, but he's the absolute real deal when it comes to being a real-life action hero. He's a former French Foreign Legionnaire, an accomplished martial artist, and trained in knife combat.

His big Hollywood break came when Martin Scorsese hired him to be a technical advisor for Gangs of New York, Yes, all the brutal knife fighting and combat in that movie are his handywork! He's gone on to work on dozens of movies, most recently Johnson's Triple Threat, which kicks much ass.

Now he's starring in The Mercenary, which hits DVD and Digital Jan. 7 from Uncork'd Entertainment. Dom and I talk everything from the movie to his storied combat and martial arts history. It's a fascinating chat with a fascinating, old-school guy, who is also a perfect gentleman. And Shawn and I are excited to share it with you.

You'll hear our chat with Dom early in the new year, and we encourage you to seek out The Mercenary when it arrives. You won't regret it.