Why old-school moviemaking is better 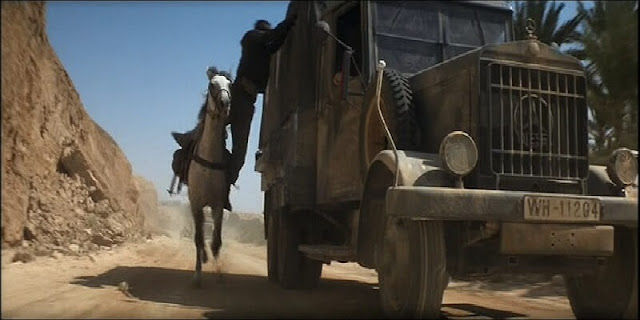 This past weekend I had the pleasure of seeing Raiders of the Lost Ark in a movie theatre for the first time in 38 years. And I watched it in the exact cinema where I saw it as a nine-year-old boy. It was a wonderful nostalgia trip, and a great opportunity to catch one of my favourites on the big screen.

It was during the famous truck chase, where Indiana Jones crawls beneath a moving vehicle, that I was struck with a sense of wonder: what I was watching was real! That was Harrison Ford, and a stuntman, on the front of a moving vehicle, then sliding/crawling beneath it. No computer-aided effects; just real people risking it all to make a movie.

There are special effects in Raiders of the Lost Ark, but a large part of it is old-fashioned moviemaking and stunt work. As was also the case with classics like Lethal Weapon, The Terminator and it's brilliant sequel, and countless others.

Watching the faces of moviegoers as they lapped up Raiders (many were too young to have seen it in a theatre before) was almost as much fun as watching the film. At that point I realized something; I never see that look on moviegoers' faces anymore.

Sure, the Marvel movies and other blockbusters have photo-realistic effects that allow filmmakers to do whatever they want, but we know how they do it -- in a computer. It looks neat, but there's nothing at stake for the audience. The wonder is gone. The knowledge real people are making the movie, on real sets and locations, doesn't exist a lot of the time.

I was invested as a moviegoer during each and every one of those scenes because it was as real as the filmmaker could make it. Not so much today, and I know myself, and many others, don't feel as connected to what they're watching anymore. We enjoy the show, and maintain a love of movies, but something is missing, and that's the old-school moviemaking.

We'll never see this style of filmmaking again, at least from Hollywood. Thank goodness we'll always have these classic movies though, and people like the Kamloops Film Society to show them.