Review: The World According to Jeff Goldblum Season 1, Ep. 2 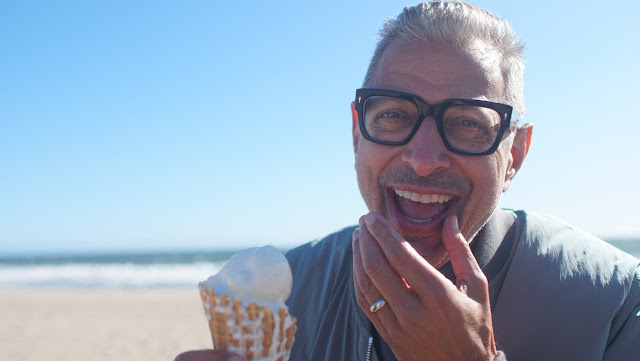 Continuing the weird and wonderful journey that is The World According to Jeff Goldblum, I eagerly dove into the second episode of this unique docu-series to discover everything I needed to know about ice cream.

Did you know the U.S. Navy holds ice-cream socials as a regular way to boost morale on their vessels? Or that ice cream is used to treat battle fatigue, as the mix of sweet and fat triggers pleasurable feelings of nostalgia in the brain. Yes, ice cream is as good for your mood as it is bad for your waistline.

Yes, these are just a few of the things I gleaned during the second episode of The World According to Jeff Goldblum. I also learned about the treat's origin and how it's an integral part of most people's upbringing, including our host's.

All these fun facts, when combined with a fun host like Goldblum, make it hard not to like this half hour of television. And, as with other Disney + offerings, we only get an episode a week, so one's anticipation for the next instalment grows between episodes.

I'm two in and hooked. Bring on Episode 3, Goldblum. This one's a Good!