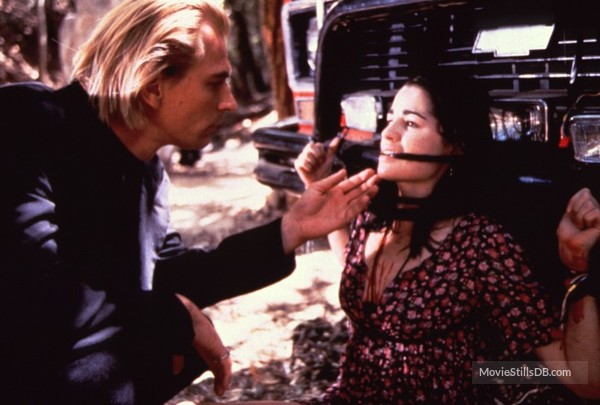 1989's Warlock was a fun riff on The Terminator, only instead of a killer robot from the future intent on destroying the past, we've got the son of Satan travelling through time, intent on enslaving the world.

It was a fun, almost tongue-in-cheek affair, with great performances from Julian Sands as the Warlock, and Richard E. Grant as his nemesis. I dug it. A lot.

The inevitable sequel, Warlock: The Armageddon, came with a big tonal shift. It's a 90s horror movie, so everything is big, big, BIG! More gore. A more serious tone. And a lot more style in terms of camera work and editing. Think a Michael Bay movie on a budget, and then genre mainstay Anthony Hickox in the director's chair.

No, I'm not crapping on the movie, as I quite enjoy it. It's interesting the stylistic differences four years can make. This Warlock is all about the special effects and razzle dazzle, with some solid scenery-chewing performances by Sands, R.G. Armstrong and Steve Kahan.

Also of note are the imaginative kills, which rely heavily on special effects. They mirrored what we saw in other 90s genre offerings like Wishmaster and the later Hellraiser films.

Look, either you dig this kind of thing or you don't. I know this era of horror wasn't alway the smartest, or even the scariest, but it did offer amusing eye candy and graphic special effects. Taken on those terms, Warlock: The Armageddon is worth your time. Maybe only once, so it's a Bad, but still worth it.