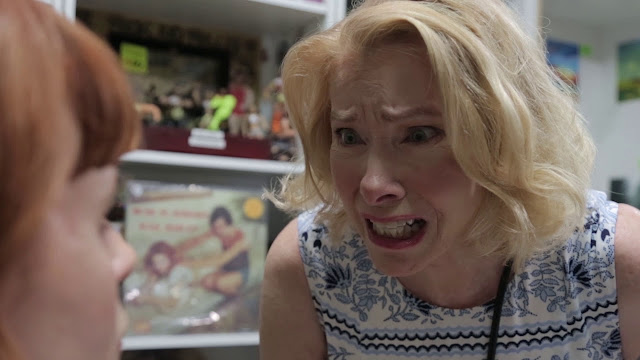 Horror was one of the few genres where nudity was rampant. I know that's pretty damn taboo in our PC society, but back in the day, us 12-year-old boys wanted boobs, and horror gave them to us.

It looks like Full Moon Entertainment's FullMoonFeatures.com plans to deliver the mammary goods with its latest offering, Necropolis: Legion. And these mammary glands have mouths -- Nipple mouths to be exact.

Necropolis: Legion is a reimagining of Full Moon's 1986 cult classic Necropolis, and it's being released on the company's streaming service this Friday -- Black Friday -- as part of its Deadly Ten line of movies.

We've scored a trailer for you, nipple mouths and all, and present it for you now:

Ali Chappell, Augie Duke and Joseph Lopez star. If you dig Full Moon, you know this one's for you.  As we said, it hits FullMoonFeatures.com on Friday, and Full Moon's Amazon Prime Channel Dec. 2.