Catching up with... Good Boys 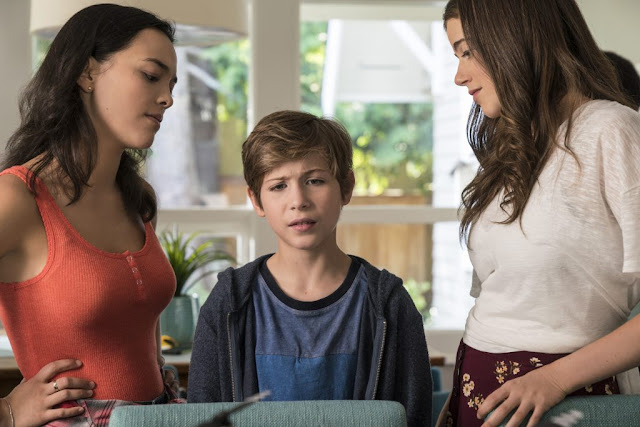 Good Boys was one of the many movies I intended to catch this past summer, but never got the chance to. Partly because movies are so damn expensive these days... which is a topic for another column.

This is a review, dammit, so the focus should be on whether or not this movie about kids, but not for kids, is worth your dollar. To make a long story short; yes.

Director Gene Stupinsky's sweet 'n raunchy tween comedy is basically about the lessons boys have to learn in life. Parents can talk to them about sex, girls, fitting in, maintaining friendships but, in the end, each has to figure this crap out on his own.

We essentially get a series of loosely strung together vignettes that form a story, but it's all just an excuse for some truly hilarious gags. Sure, some are better than others, but the jokes hit more than they miss. My favourite sequence is a foot and bicycle chase involving our three heroes, a couple of older neighbourhood teenagers, and some drugs.

If that doesn't give you insight into what this film is about, then I don't know what will...

What I like most about Good Boys is the boys are good people. Despite all the R-rated comedy and hijinks, these characters try to do the right thing, and remain loyal friends throughout, even as life slowly pulls them apart. It's a nice reminder of what growing up was like, and what it will be like for my son.

I laughed and smiled a lot through Good Boys, which I can't say for most comedies. It's a Good, and worth seeking out if you haven't already.