Sheriff Brackett is back in Halloween Kills 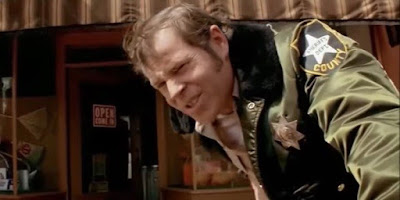 So this has to be taken with a grain of salt, but according to acting legend Tom Atkins, a key character from the original Halloween is coming back to the fold for next year's sequel to the 2018 reboot, and that character is Sheriff Brackett.

Brackett was played by actor Charles Cyphers in John Carpenter's Halloween and its sequel. Of course, David Gordon Green's blockbuster relaunch ignored Halloween 2 and all the subsequent sequels, which does open up the possibility that Cyphers and his character could return.

As quoted by Atkins, who himself starred in Halloween 3: Season of the Witch: "I think Chuck is going to be in this next one. He was in a bunch of those early ones, the original and a bunch thereafter. So he's going to be in it."

I have no idea why Atkins would make stuff like this up, but until we get some official word, stay tuned here, and stick with us!