Having My Say: Entertainment isn't the scapegoat 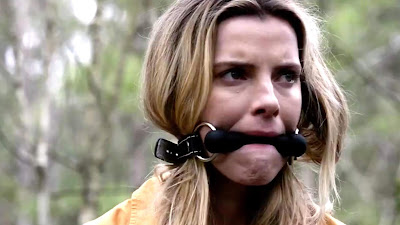 Sadly there have been two more mass shootings in the United States, tragedies that occur with unfortunate frequency of late. And every time something horrible like this happens, people look for a scapegoat.

That scapegoat is quite often entertainment. Wal-Mart, in the wake of these shootings, has pulled video games from store shelves and, just this weekend, Universal Pictures cancelled it's Sept. 27 release of The Hunt, a politically charged thriller about American elitists who hunt other Americans for sport.

I've no doubt The Hunt will eventually see the light of day, but its subject matter is probably too politically charged given the recent tragedies, and the right-wing response to them. It's not good optics to release such a film at the moment.

The problem has to do with mental health, gun control, entitlement issues and societal views about them. None of these are easy to resolve, and we as a society don't like that. We want a quick fix, and pulling games and other entertainment from release is easier than taking a good, hard look at ourselves.

I've battled depression and PTSD, and I have my firearms licence. I've also watched countless murders in the name of entertainment. I've never gone on a shooting spree. In my mind, the two things don't go together.

We need to do the hard work if we want to prevent more deaths, and take the time to work out issues surrounding mental health, firearms and all these complex things. It'll hurt, it'll suck, and it will take time, but it needs to happen. Otherwise, this ever-escalating pattern of violence will continue.

But that's just my two bits on the matter...