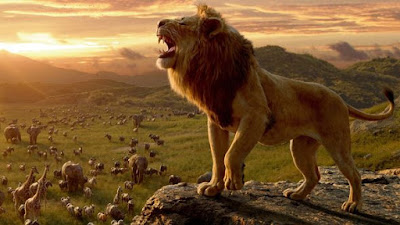 Box office prognosticators are predicting it will be a big hit, but those of us who saw the original animated Lion King back in 1994 have a hard time getting excited for Disney's "live action" retelling.

The fact that early reviews say it's pretty much a shot-for-shot remake don't help and Howie's enthusiasm much either.

The Basement Boys do have a few more words to say on this weekend's only major release, as From The Basement storms the mighty Radio NL 610 AM Morning News at 8:40 today.

They're also providing a rundown on what to watch at home this weekend, and during the week ahead, and have some entertainment news on deck as well. Like word that a black woman is getting the 007 designation in the new Bond flick.

Shocking! But not really...

Tune in via the AM dial, or the player to your right, and stick with us!