The Richard Friedman interview, The Intruder and Long Shot 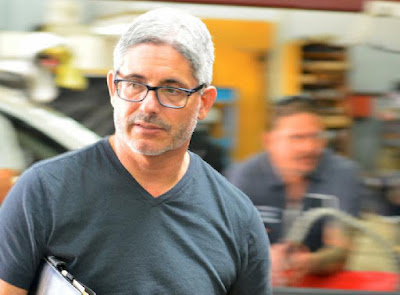 More than 30 feature films, countless hours of television, and the determination to keep doing what he loves -- making movies and entertainment people want to see. That pretty much sums up the talented and versatile director, Richard Friedman.

Richard got his start in low-budget movies before making the jump to TV, working on such series as Tales from the Darkside, Friday the 13th, and Lois and Clark: The New Adventures of Superman. And he's been making movies and television ever since.

His latest film, Acts of Desperation, is out now, and he and Jason have a great 25-minute chat about his work, the industry, the future of movie theatres, and a whole lot more. Trust us when we say this is a must-hear interview!

Meanwhile, Shawn's away on vacation, so Mike S joins Jason for this week's episode. The two cover a lot of ground, catching up on Avengers: Endgame, Shazam and a whole bunch of movies you may, or may not, have seen.

They also put their support behind out-of-shape Thor, and back Darth Vader's decision to off of that annoying stalker. Hey, they're equal opportunity a-holes!

Throw in this morning's segment from the mighty Radio NL 610 AM Morning Show and you've got the latest podcast... From The Basement! Push play on the player below, and stick with us!