Review: Terror in the Skies 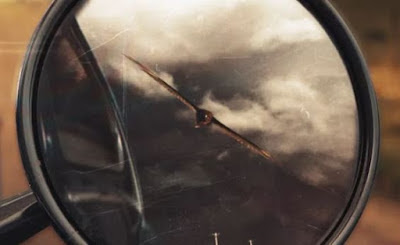 If you're gonna watch a documentary about cryptozoology and the unexplained, make sure it's one of Small Town Monsters growing list of flicks.

The team, lead by director Seth Breedlove, has covered The Mothman of Point Pleasant, The Flatwoods Monster and many, many other alleged creatures that stalk the American heartland. Now they've set their cameras on the Thunderbird legend, recent reports of the Chicago Mothman, and other winged beast sightings in Illinois.

The documentary's strength lies in the amazing cinematography by Zac Palmisano. This feature looks great, with sweeping aerial shots and a big-screen feel. Ditto the sound design. Technically, this is superb.

I also admire that Breedlove and company delve into the mythology of these creatures, and don't go into the subject trying to convince the viewer of anything. As they've done with all their films, they present the facts -- or "facts," depending on who you are -- and let the viewer make up his or her mind. Much respect!

Some reviewers have complained the interviewees and experts don't have a set viewpoint. I didn't get that at all. The doc explains that something is going on in the skies above Illinois, presents the evidence, discusses it, and moves on.

This is a good watch. It's entertaining and, if you're interested in the paranormal and cryptozoology, informative and interesting. And it's an hour long, so doesn't demand much of your time. A Good for me.

For the record: Shawn dug this a lot too, and also gave it a Good, calling it one of the best documentaries he's ever seen.

Terror in the Skies comes out June 7. You can pre-order the DVD right here.