Having My Say: why anticipation hurts movies 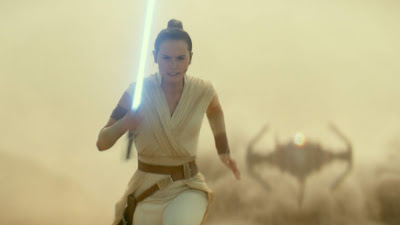 And this worries me.

I've been burned by anticipation before. The first time was 1989's Batman. I'd read every article, watched every trailer, devoured every tidbit of knowledge. I stood in line for four hours waiting to see it (no advance ticket sales in those days) and was giddy with excitement when the lights went down.

Two hours later, I thought the film was alright. Not great, not shitty. Just alright. My anticipation gave me false expectations on how good the movie would actually be. Anything less than what I wanted just wasn't good enough. In the end, a highly enjoyable -- albeit flawed -- film was a huge letdown.

This has happened time and time again. Studio hype machines flood our media and socials with content designed to create huge opening weekend box office. Most are subpar products at best but boy, do those marketing wizards ever make you want to see them.

Then there's the recent Star Wars films. The Force Awakens and The Last Jedi had fans salivating, but when the film's didn't match their expectations -- what they anticipated the movies should be -- people got pissed off.

So I'm trying to keep my anticipation in check as I head into the third John Wick film. I want to enjoy it for what it is, and not what I want it to be. Maybe, as movie fans, we should all set our anticipation aside and remember that what we're watching is just a movie. Nothing more, nothing less.

And, in the end, it's all just bullshit anyway.