Exists and Lovely Molly screenwriter hangs out in The Basement 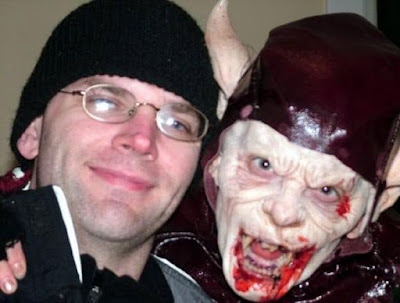 When it comes to screenwriters, Jamie Nash might not be the household name that Ethan Coen, James Cameron or Quentin Tarantino are, but there's a good chance you've seen his work, especially if you're a horror fan.


Jamie sat down with Jason earlier today to talk about his collaborations with Sanchez, what it takes to be a professional writer, his writing process, and many other cool things!

As always, Basementites get to hear about three to four minutes of the conversation during From The Basement's segment on the Radio NL 610 AM Morning Show this Friday at about 8:40 PST. The full 20-minute conversation appears on the extended cut podcast later that morning.

We've had a lot of good interviews From The Basement so far this year, and this is one of the best. We hope you'll tune in and enjoy.

Keep up with Jamie on Twitter @Jamie_Nash and his official website. Also check out his podcast Writers/Blockbusters.