So The Raid is getting a remake...? 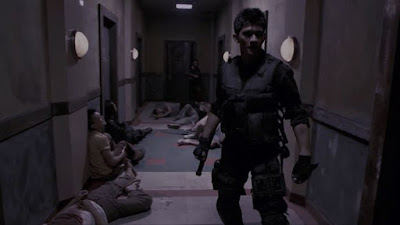 Gareth Evans' 2011 Indonesia action flick The Raid is hands down one of the best action movies of all time. It's a complete, no nonsense, balls-to-the-wall fight fest from start to finish, and introduced the world to the awesomeness of star Iko Uwais.

So it pains me to report that a North American remake is in the works, and set to go into pre-production in a few weeks. Even more painful is it will be directed by Joe Carnahan and star Frank Grillo.

Now, I say painful because I dig Carnahan's work, and enjoy Grillo as an actor. Narc and Smokin' Aces are fun films, and show the director has a deft hand for action and drama. And Grillo elevates pretty much every film he's in, simply by being in it.

I am 100 per cent against any thought of a Raid remake, so having a director and actor who's work I enjoy involved, well,  sucks. It actually makes me curious to see it... even though I don't want to. At all.

What say you, Basementites? Do you want The Raid to be remade?

Head on over to Collider to read the full story.