Will Darth Vader appear in Rogue One? 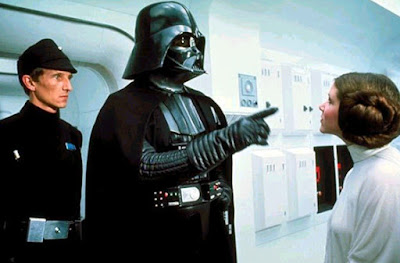 That is certainly the rumour circulating the Interwebs these days. Yup, for those who thought we'd seen the last of the Dark Lord of the Sith, think again. Darth Vader will be back!

Word is Vader appears in the upcoming Rogue One: A Star Wars Story, which follows the exploits of the Rebel group that stole the plans for the original Death Star, therefor allowing Luke Skywalker to blow it up.

Given the time period in which the film takes place, every effort has been made to recreate the Darth Vader costume from Star Wars: A New Hope. James Earl Jones is supposed to give Vader his voice once more, but a new actor wears the costume.

Again, this is a rumour, although the folks at Making Star Wars seem pretty confident about the information.

I like the idea of these Star Wars spinoffs. They can flesh out the Star Wars universe and tell stories without relying on the central characters. George Lucas and company did dream up a pretty vast canvas on which many tales can be told. That's my deep, wordy thought for the day.