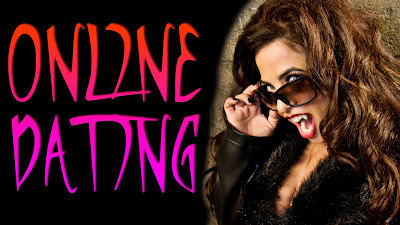 There's a lot of love in The Basement for Brooke Lewis. Not only is she an award-winning scream queen and frequent guest, but she's a first-rate chick and good friend, not only to the show, but to Shawn and I.

So we're thrilled to premiere the first episode of her new series, Ms. Vampy's Love Bites, a few days before the interactive love and dating advice show debuts. That's right, the program launches on Monday, Nov. 11, but you can catch it right here and now.

Here's the official word from Brooke: These days Ms. Vampy lives in her Hollywood villa and is a Life Coach and Dating Expert to the rich and famous. She is often seen on night shoots, shopping in Beverly Hills for Dior, or hanging out at Lakers' games. She loves 80's rock and disco, her favorite band is Vampire Weekend, and she never misses 'American Idol,' 'The Voice,' or 'Millionaire Matchmaker' on TV. Her secret dream is to join the cast of HBO's 'True Blood' (of course, she thinks it's a 'reality' show)! She enjoys Godiva chocolates and bloody marys and she loves to play Xbox when she's feeling feisty. While she has yet to marry or have children, she freely admits to being boy crazy and hopes to someday make-out with Robert Pattinson. Ms. Vampy is forever sexy, funny, young, and obnoxious' but her heart is as big as her mouth. If she ever bites you, it'll be with love."
Now, who better to give the world LOVE & DATING advice than a 110-year-old vampire who has seen it all and has a HEART of gold?