Get ready for a non-reboot Reboot 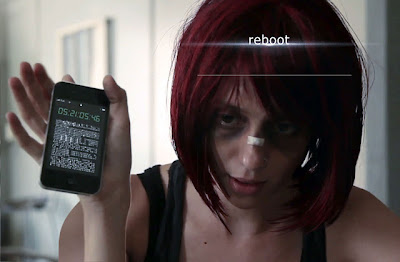 No, the upcoming cyberpunk thriller Reboot isn't a re-imagining of the classic 90s animated series of the same name. Instead, writer/director Joe Kawasaki has gone the -- gasp -- original route and crafted a short film about the convergence of humanity and technology.

In contemporary Los Angeles, a young female hacker named Stat (Emily Somers) awakens to find an iPhone glued to her hand and a mysterious countdown ticking away on the display. Suffering from head trauma, and with little recollection of who she is or what is happening, Stat races against time to figure out what the code means, and what unknown event the pending zero-hour will bring.

We're gonna chat with the folks behind Reboot this fall, which is when the film is expected to start screening around the globe. There's also a sneak peek scheduled for next month at the hacker conference DEF CON. Until then, scope out the trailer below and keep tabs on the film via its official website, Twitter and Facebook page! Also, you can play the Reboot ARG game by following this link!

Yup, these guys got it going on!