Take the Sweet Hand of the White Rose 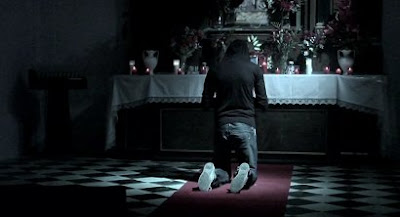 About a month ago we introduced you to the work of Italian writer and director Davide Melini with his award-winning short The Puzzle. The only way we could think of to follow up that exceptional piece of work was to show another one of his films.

Shot in 2010, The Sweet Hand of the White Rose tells the tale of two lives that intersect with supernatural consequences. As with The Puzzle, this is a well-made, and sometimes spooky tale, that clearly strikes a personal note with Davide as the tragedy of the story resonates long after the film's 16-minute running time. It's good stuff!


The Sweet Hand of the White Rose has screened all over the world, including the U.S., Spain and South Africa. It's also won several awards at more than a dozen film festivals. The film stars Carlos Bahos, Natasha Machuca, Leocricia Sabán, Stefanya Hernández, Shani Jones and Vicky Beceiro. It's produced by Melini and Fabel Aguilera and edited by Biktor Kero. The music was composed by Christian Valente.