Kung Fu Ghost, Off Season and The Adam Project 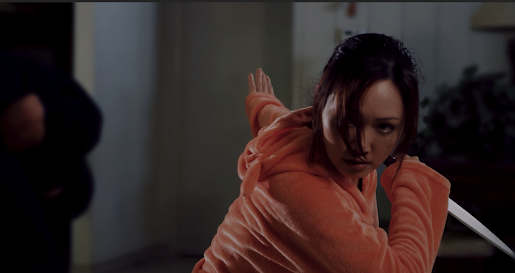 They said they'd be back, and The Basement Boys are indeed back with this, the first official podcast From The Basement in almost nine months!

What's brought Jason and Shawn out of semi-retirement and back into the podcastverse? Long-time listeners will remember a couple of interviews they had with the beautiful and talented Jennifer N. Linch about her martial arts comedy Kung Fu Ghost. Well, Jennifer has finished her feature film, is ready to unleash it on the public, and asked the Dynamic Duo to give it a watch, so that's what they've gone and done.

Did The Basement Boys enjoy Kung Fu Ghost? Is Jennifer as capable a filmmaker as she is a fighter? Is the movie worth your time amongst the world's bigger blockbuster? Stick with us!

And stick around, as Jason and Shawn update all y'all on what they've been doing these last several months, chime in on television shows like Peacemaker, Reacher and The Book of Boba Fett, and review recent releases such as the horror flick Off Season and Ryan Reynold's The Adam Project.

You get to hear all this, and maybe a little bit more, by pushing play on the player below.