Jupiter's Legacy is an Initiation for Things Heard and Seen 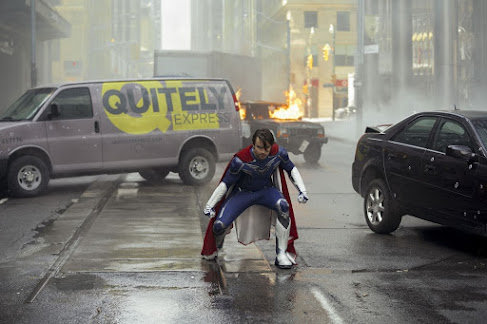 Heading on in to the weekend, with lots of viewing options at your disposal, and that can only mean one thing; it's time for the latest broadcast... From The Basement!

That statement is correct in many ways, as Jason and Shawn have a boat load of reviews for your ear holes PLUS theatres are opening up, at least in the U.S., with several high-profile films on the silver screen.

First up: what to watch at home! Ever the comic-book guy, Shawn takes on Jupiter's Legacy, the new Netflix series based on Mark Miller's not-so-funny-pages comic. Meanwhile, Jason invites himself to the new slasher romp Initiation. Then The Dynamic Duo join forces for the UFO-themed documentary Bob Lazar: Area 51 & Flying Saucers. How do all these rate? Stick with us!

And stay tuned, as the Basement Boys aren't done yet. There's still reviews of Amanda Seyfried in Things Heard and Seen, a spooky new Netflix original movie. While on the streaming platform, the boys also checked out the docu-series Sons of Sam. And there's the latest Bruce Willis VOD offering Breach.

But wait, there's more! Like what, you ask? Like the weekend entertainment rundown, including big-screen releases Spiral: From the Book of Saw with Chris Rock and Samuel L. Jackson, Those Who Wish Me Dead starring Angelina Jolie, and Clayne Crawford's relationship thriller The Killing of Two Lovers.

How do you catch all this awesomeness? By tuning in to the mighty Radio NL tonight at 6:05, that's how.

Note: This episode repeats Saturday at 7 P.M. and Sunday at 6 A.M. The podcast drops Monday morning.