Nobody, The Power and The Voices 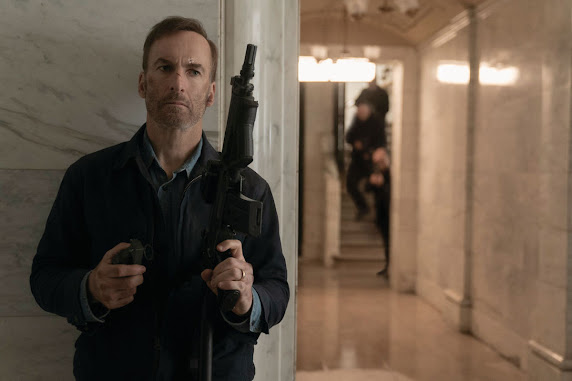 Now I ain't got nobody... but I do have the latest podcast... From The Basement! And it's coming at yah right here, right now.

Lyrics from another old song? Indeed. Because we are old. But the older the bull, the stiffer the horns. Which is dialogue from an old movie too. Do you see a theme here?

You better believe that Dynamic Duo of film de cinema are talking Bob Odenkirk's first foray into action films. Yes, Better Call Saul himself stars in Nobody from John Wick scribe Derek Kolstad, with fight choreography by the 87Eleven Action Design team. Does it deliver the Dadspoiltation a couple of dads like Jason and Shawn want? Stick with us!

Stick with us you shall, as The Basement Boys take aim at a plethora of movies new, and not so new. Jason has seen the British horror flick The Power starring Rose Williams, The Voices with Valerie Jane Parker, and the documentary Missing 411. Meanwhile, Shawn took in Love and Monsters featuring past Basement guest Ellen Hollman and The Second with Casper Van Dien (yup, still alive).

Toss in a bit of politics, some pop-culture news of the nerd variety, and the weekend entertainment rundown, and you've got yourself a podcast! Wanna hear it? Push play on the player below, and enjoy!