Godzilla vs Kong, Creepshow, and The Block Island Sound 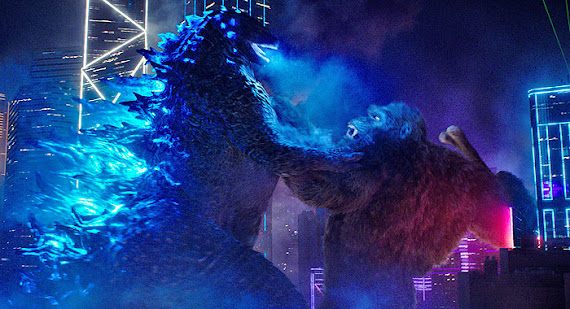 With a purposeful grimace and a terrible sound, he pulls the spitting high tension wires down... just in time for the latest podcast... From The Basement!

That's right, we enjoyed using those Blue Oyster Cult lyrics so much for the radio show, we decided to use them again for the podcast. Wanna fight about it?

But it is time, Constant Listener, for Jason and Shawn to do battle with the biggest movie of the pandemic so far: Godzilla vs. Kong! This film, from director Adam Wingard, is already chewing up and spitting out box-office dollars from around the globe, at home AND in theatres. Now Godzilla fan Jason, and Kong fan Shawn, weigh in. Do they deem the flick Good, Bad, or Ugly? Stick with us!

And stay tuned, True Believer, as The Basement Boys put more than just one flick on the chopping block. Shawn caught up with the early Colin Farrell action movie S.W.A.T. plus Alita: Battle Angel. Meanwhile, Jason took on the thriller The Block Island Sound, the second season of Shudder's Creepshow revival, and the anthology series The Witching Hour.

Add in the entertainment rundown, and a little bit of entertainment news -- more on that Joss Whedon controversy -- and you've got yourself a podcast! So push play on the player below, and enjoy.