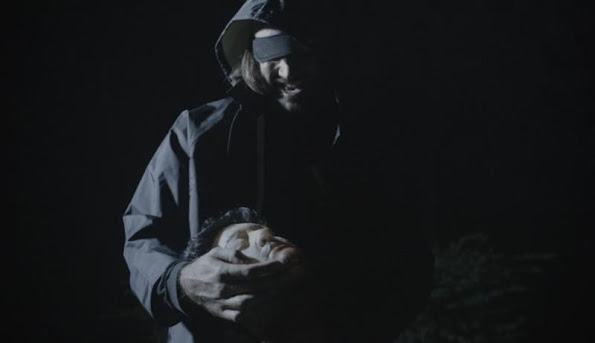 Waaaayyyyy back in 2014, before From The Basement took to the mighty Radio NL 610 AM Kamloops airwaves, Jason and Shawn reviewed a little slasher movie called Axeman, AKA Axeman at Cutter's Creek, and interviewed its writer, director and star, Joston Theney.

Surprise, Axeman has become a cult classic, and spawned a sequel. However, Joston was never happy with the final cut of his film. Now it's 2021, and he's recut Axeman to the vision he always had in mind. Call it The Theney Cut, and The Dynamic Due put Axeman Redux on the chopping block tonight at 6:05!

The Basement Boys also interview Joston about the how and why of his new edit, and discuss the fact he's been able to retain ownership of his films, a rarity in Hollywood. How was he able to do that? Stick with us!

And stick around for Mortal Kombat! Or, more accurately, Jason and Shawn's review of the new video-game adaptation. Is it greater than, or less than, the 1995 version? You'll have to tune in tonight at 6:05 to find out, and only on Radio NL.

Note: this episode repeated Saturday at 7 P.M. and Sunday at 6 A.M. The podcast drops on Monday morning.