Zack Snyder's Justice League and The Falcon and the Winter Soldier 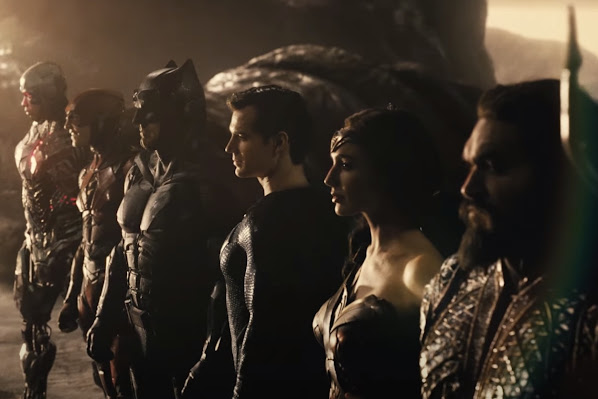 In a world where opinions are facts, and friendships can be lost when differing points of view collide, what happens when two lifelong brothers disagree? Especially when it comes to one of the biggest debates of all time: what's better, DC Comics or Marvel?

You'll find out on this, the latest podcast... From The Basement!

This week, Jason and Shawn dissect Zack Snyder's Justice League, the much touted and talked about director's cut of Warner Bros. 2017 film. That version was completed by Joss Whedon after Snyder's daughter died, and the movie was skewered by critics and fans alike. Now we've got Snyder's complete vision -- all four hours of it -- and DC fan Shawn, and Marvel fan Jason, square off on the film. Who liked it? Did either of them hate it? Stick with us!

Stick with us you shall, as the Dynamic Duo also talk the latest Marvel Studios series, The Falcon and the Winter Soldier, the Bigfoot flick Monstrous, and the horror/comedy Blood Fest. Plus Shawn has revisited all three Rush Hours with Jackie Chan and Chris Tucker. Does the trilogy hold up today?

Push play on the amazing podcast player below, and find out!