Marcus Flor vs. The Twilight Zone: In Praise of Pip 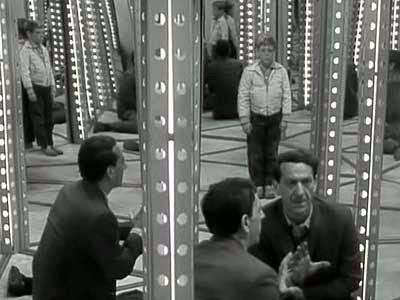 What surprised me most about this episode is the supernatural element is not the star. Instead, it's Jack Klugman's incredibly sincere performance as the main character, Max Phillips. Left weary and regretful from his life as a bookie, the character is a mixture of resignation, quick wit, and subtle compassion. We see all the emotions, and so much more, on display in the middle of the episode when (spoilers) Max learns of his son's death in Vietnam.

We've had maybe two scenes with this guy, and have a few assumptions about his personality, but his true feelings are suddenly put on full display. It's one hell of a scene, and Klugman completely convinced me has was a father who just lost his son. He goes through every stage of grief in the span of a minute, and you really feel it.

It's moments like these that solidify why The Twilight Zone was such a hit. It focused on the human element of its concepts, relating to non sci-fi fans, and keeping it out of its niche starting point.

This is an excellent episode. I highly recommend you take a look even if you're one of those weirdos who can't handle black and white. This episode -- and of course the show -- is unsurprisingly Good.