Marcus Flor vs. The Sinner Seasons 1-2 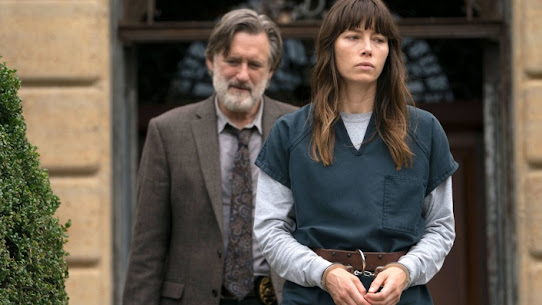 So I've been watching seasons one and two of The Sinner, and I must say I'm enjoying it. It's been a while since I've watched a series that actually has something interesting to say.

It's certainly not flawless, but The Sinner offers a more complicated and human view of murder than you'd expect. It delves into the trauma that leads to the killing, and how that shapes the mind of the culprit. It's not often a show can put me in the headspace of a questionable, or even malicious, person, and make me understand his or her struggle.

The acting, writing, and directing are all on point; subtly, but effectively, putting you in the lives of these characters. They pay a lot of attention to everyone's idiosyncrasies and ticks, making each person feel as though they have a storied life beyond our screen. Occasionally you'll get a random side character that seems less developed, but they usually stick around for, at most, one scene.

The cinematography is fairly slick, but can be a bit derivative at times. It has the typical desaturated look David Fincher made so popular, but that look definitely fits the tone of the show. The shots are a lot more precise than most TV shows, which usually feel like they've been filmed via algorithm.

My only major critique is the story crams a few too many twists into itself, but they're usually worked into the plot fairly well. Regardless, The Sinner is a well-crafted show that I highly recommend. It shows those who commit brutal crimes are a lot more human than we'd like to admit. This one is definitely a Good.