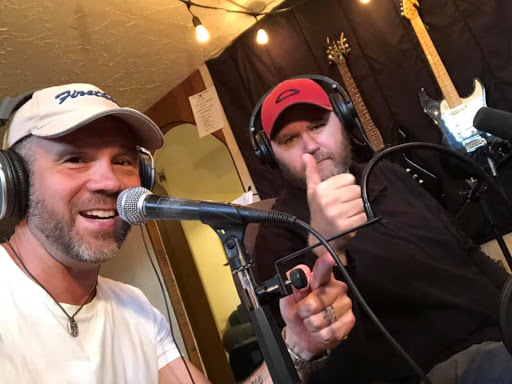 Waaaaayyyyy back in January 2010 two guys named Jason and Shawn sat down with a digital recorder and recorded some thoughts on the movies they'd just watched.

Talking about movies wasn't new to them, but Jay's wife said the guys were entertaining enough they should record what they say and put it on the Internet. They did, and behold the podcast Film Reviews from the Basement was born!

Two name changes, stints on campus and Internet radio, and a few co-hosts later, and From The Basement continues to chug along as a prime-time radio show on the mighty Radio NL 610 AM Kamloops. And Jason and Shawn return to the airwaves this Friday night at 6:05 in the P.M.

To celebrate another spin around the sun, The Basement Boys take on the first episode of a new Small Town Monsters series, On the Trail of Hauntings. That's right, Seth Breedlove and company are tackling ghosts, something Jason and Shawn know a little bit about. Does the latest STM offering stack up?

But that's not all, as the Dynamic Duo watched a lot of stuff during the holidays, including Wonder Woman 1984 and Greenland, and they'll offer their two bits on them as well.

Much thanks to all those who've stuck with us over the years. We've got some fun things planned for podcast listeners, and our radio fans as well. But you'll have to tune in to find out. And Mike S will deliver articles on this site Tuesdays and Wednesdays, with Marcus Flor holding down the fort on Thursdays.