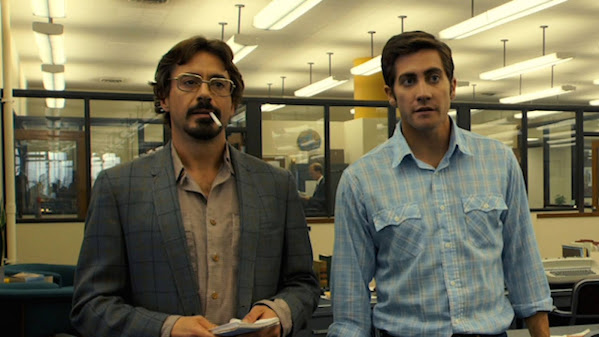 If you ever look back on historic events, it can be easy to spot the mistakes made, time that's been wasted, and so on. With David Fincher's Zodiac, we see just how complicated it was to catch a serial killer in the late 20th century.

This film track's the infamous murderer's full "career," starting in the 60s, and ending in the early 90s. It's probably one of the most comprehensive serial-killer mysteries I've ever seen. We see every new twist and turn, and the staggering amount of red herrings. This is due to Fincher wanting the film to be as accurate as possible, grounding it in reality, and pulling you in with its authenticity.

What Zodiac does so well is communicate the detrimental obsession that comes from trying to solve a case like this. Through all the time jumps and subplots, the characters remain static in their goals; caught in the investigation's grip. We see the lives lost to the mystery, and relate because we too need to know the truth.

This is all communicated by Fincher's ever-sharp, on-point directing. Despite the run time, there is very little fat or unnecessary scenes. Even if we hear the same information twice, it is intentional, and the characters usually feel the same way we do.

I do realize this film isn't for everyone, but it is a hell of  tight murder mystery that I highly recommend. Zodiac is a Good, for sure.