The Ellen Hollman interview, I Want to Believe, and Freaky 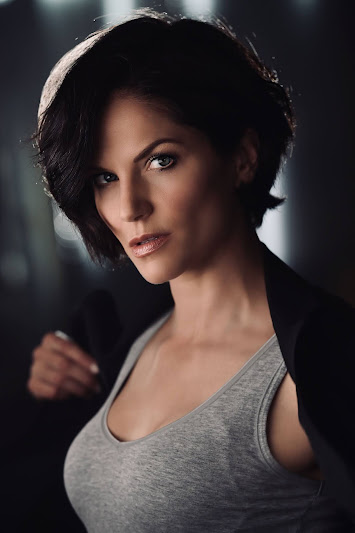 The final broadcast of 2020 is now the final podcast of 2020, and From The Basement ends the year with a bang.

The Basement Boys have more -- like fifteen minutes more -- of their interview with rising action star Ellen Hollman, who puts much foot to ass in her new flick Army of One. And she stars opposite Keanu Reeves in next year's much anticipated The Matrix 4!

Ellen discusses being a part of 87eleven Action Design, the team responsible for the dazzling action choreography seen in the John Wick films. She also reveals as much as she's allowed about The Matrix sequel, what it's like training alongside Keanu Reeves, and more. Ellen is one of the coolest actors we've met during From The Basement's eleven years on the air, and this interview reflects that.

But that's not all; our very own Jason Hewlett wrote a book! He and We Want to Believe lead investigator Peter Renn penned the non-fiction anthology I Want to Believe: One Man's Journey into the paranormal, which is available at Amazon.ca, Amazon.com and Barnes and Noble. The book chronicles Peter's adventures as a paranormal investigator, which span twenty-seven years. Shawn's read it, and he grills his co-host on the details. What are those? Stick with us!

And stick around, as the Dynamic Duo make time to talk Vince Vaughn's horror/comedy Freaky, the Canadian fright flick Z, and much, much more. You can hear it all by pushing play on the player below.

From The Basement returns to the mighty Radio NL on Friday, Jan. 8.