I Want to Believe: One Man's Journey into the Paranormal OUT NOW! 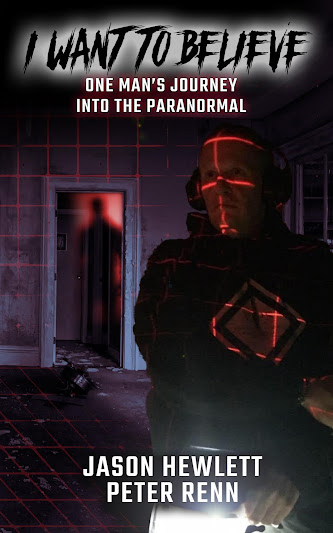 Why wait on a good thing. Not a question, a statement, as we like to say here at From The Basement...

Pre-sales on Peter Renn and I's book, I Want to Believe: One Man's Journey into the Paranormal, did so well the fine folks at Beyond the Fray Publishing saw fit to release it early. Like today!

So head on over to Amazon.ca or, for our American friends and fans, Amazon.com or Barnes and Noble, and order yourselves up a copy. And please leave a rating and a review, and tell your friends. This would make the ideal Christmas present for that lovable weirdo in your life!

The official synopsis: "as a boy growing up in England, Peter Renn and his family were visited every morning by a ball of light that moved from one end of the family’s kitchen to the other, doing so without fail for years. Instead of sparking fear, this phenomenon gave birth to a lifelong interest in a world that seems to exist just outside our own, but is with us at all times – the paranormal.

This fascination has led Peter all over the world, investigating every kind of alleged haunting imaginable. He and his fellow investigators have hunted for spirits in historic castles and prisons, family homes, hotels and even maritime museums.

I Want to Believe: One Man’s Journey into the Paranormal chronicles Peter’s most startling and frightening cases during his twenty-seven years as a paranormal investigator. The stories include psychic encounters at a community theatre, confrontations with shadow beings and other negative spirits, and even a case of possible demonic possession.

Backed up by eyewitness accounts and historical research, I Want to Believe: One Man’s Journey into the Paranormal is a chillingly informative exploration of the dark and mysterious corners of our world."

Big thanks to Beyond the Fray founders Shannon LeGro and G. Michael Hopf for their support and guidance through this process. This book wouldn't have made it without you!

And kudos to Arrow in the Head founder, and actor/writer director, John Fallon (The Shelter, 100 Feet, American Muscle) for writing a kick ass forward.

A little more on myself, and Peter Renn: 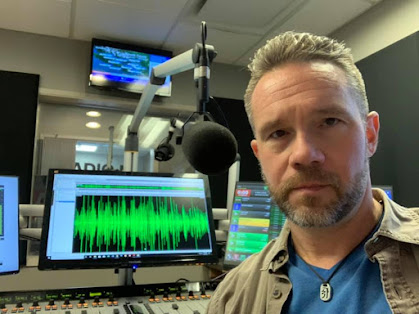 Jason Hewlett is a journalist, broadcaster, and podcaster with a degree in filmmaking and film studies. A lifelong interest in the paranormal led him to join Vancouver Paranormal Society in 2017, where he was a lead investigator and society director until 2020, when he and colleague Peter Renn launched the Canadian Paranormal Foundation. He is co-host of the long running prime-time radio show/podcast From The Basement, the writer, director and creator of the paranormal reality series We Want to Believe, and narrator for The UFO Show, both of which are on JoBlo Horror Videos. This is his first book. 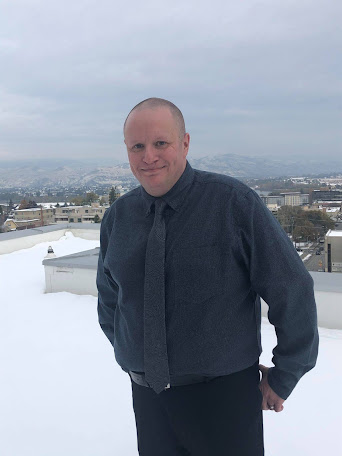 Peter Renn has more than 25-years-experience as a paranormal investigator. Born in London, England, he’s been fortunate to investigate documented locations all around the world, and specializes in negative (demonic) cases. He’s also a documenting investigator for an exorcist in Washington state. Skeptical by nature, Peter looks for a logical explanation first, before jumping to paranormal conclusions. Peter is an executive producer, and the lead investigator, for We Want to Believe. He was director of Vancouver Paranormal Society for a decade, but left in 2020 to launch the Canadian Paranormal Foundation with Jason Hewlett.

And don't forget to check out our series, We Want to Believe, over on JoBlo Horror Videos!

Source: Beyond the Fray Publishing.