Review: The Mark of the Bell Witch 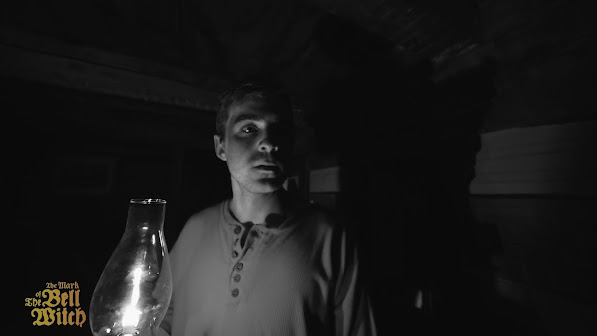 To say you've seen one Small Town Monster documentary you've seen them all sounds like a disservice. But at the same time, the quality of Seth Breedlove and company's work is so consistently good, it's not an inaccurate statement.

Their latest effort, The Mark of the Bell Witch, is no exception. And it almost seem pointless to write a review because, like everything else they've done, it's just so damn good!

This time the SMT crew isn't after the Mothman, Bigfoot, or UFOs. They're branching into ghost territory by exploring the legend behind Bell Witch, which is the first time a haunting is alleged to have taken a person's life.

Bell Witch is one of my favourite ghost stories, and I've done my fair share of research on it. Seth's nailed the story, brought some new information to light, and does a fine job -- via the usual interviews, re-enactments, and research -- of telling the story. I also like how he brought in a folklorist to explain why stories like Bell Witch resonate with... ummm... folks, and continue to be told after hundreds of years.

He deviates a bit from past SMT docs with the reenactments, treating the material like a movie within a movie. And he goes for full-on horror in a few scenes, which as a horror guy, I very much appreciate.

If you've seen a SMT doc before and enjoyed it, I guarantee you'll dig The Mark of the Bell Witch. If you haven't, now's the time to start. It's a Good.

The Mark of the Bell Witch is available on DVD and Blu-Ray from Small Town Monsters Dec. 15.