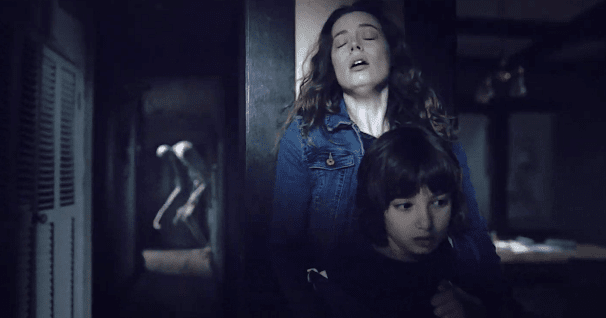 The best horror movies do more than scare; they have something to say about society and the human condition, and make us care for the people at the centre of the store. And the best ones do so in a way we're blissfully unaware of, because we're too busy being entertained.

Come Play is one such horror movie.

Now, Jacob Chase's flick is by no means a classic, but it's a fair shake better than a lot of scary movies that've been put on the chopping block lately. It's not trying to be "woke" (hate that word) or "hip" or "preachy." There's no political agenda.

But Chase touches on a lot of very real issues in the telling of his story, one about an autistic boy who's parents are splitting up, and is feeling very much alone in the world. So alone his primary companion is his smartphone. He relies on it for entertainment, and to communicate with the outside world.

But something on the other side of the screen is watching him, and it's lonely and wants a friend too...

See where this movie is going?

Come Play has a lot to say about parenting, bullying, friendship, and our reliance on technology. And Chase populates the film with likable characters. He plays with our emotions in all the right ways, and we grow to like the people in this movie, and care about what's happening to them.

Then there's the monster, and the scares, all of which are well executed. There's more than a few shorts-shitting moments in this movie, and Chase creates a great atmosphere to go along with it. He knows how to scare people, and immerse them into a story. Well done, sir!

This is a PG-13 horror movie that I can't wait to show my son when he's a little bit older. He'll be scared and, if he's not careful, he'll learn something before the movie is done. I'm giving Come Play a Good, and look forward to watching it again.