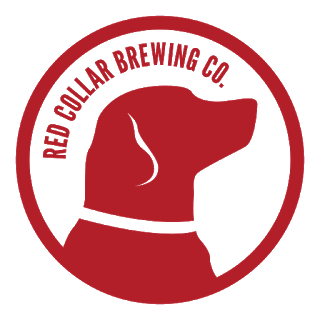 Pets are important members of the family- and they deserve to be taken care of properly.  They deserve to be given love, respect, and treated with dignity- just as you would expect to be treated.

With Christmas around the corner, some families will be looking to add a pet to their family.  This is why I've decided to review a beer that aims to help animals find loving homes this holiday- and year round.

Red Collar Brewing has teamed up with the Kamloops SPCA to bring us their Diana Baltic Porter.  Diana is the brewery's mascot- whom they adopted from the SPCA in 2016.  For every bottle, pint, etc sold of this brew, $1.00 goes to the Kamloops SPCA to help them join lost and abandoned animals with loving homes.

The label is simple and elegant.  A plain black background with white script and the brewery logo.  I love the font used for the beer name.  It's classy without being ostentatious.  My only complaint is that the image of the Diana is rather faint and hard to see.  I would've liked to have seen it a bit more clearly. 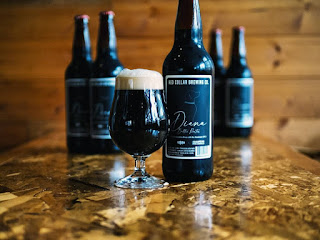 The porter is really quite dark and fairly thick.  I love it.  You could almost mistake it for a stout.  It also forms a nice, thick off-white head of foam as well.

The first sip was a bit of a surprise.  It had a really roasted taste to it- almost burnt... but not quite.  It was interesting... almost like the taste of campfire smoke in fact.  I don't know if it was intentional, but at times, I could taste chocolate, other times, coffee, and then it'd turn around and give me a bit of a toffee taste.  Wasn't the most consistent experience I had, but still pleasant.

This is not a brew you drink on a hot day to cool down and feel refreshed.  It's one that you sit back by the fireplace, and linger over... as if it was a finger of good Scotch.  I took my time in between sips so I could just roll the flavours over my taste buds and explore them.  A crackling fire and the soft voice of Nat King Cole singing would make this a most soothing beer to drink in the evening.  Especially if you had a pooch by your feet, or a cat in your lap snoozing.

While I would've preferred a more even tone to the taste, it was a relaxing beer to have.  And if it helps to connect animals with forever homes, all the better.  A warm and fuzzy "Good" from me.