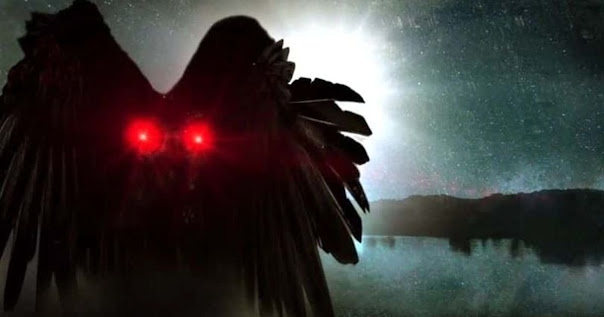 If you're looking for something spooky to watch this Halloween season that isn't just another horror movie, then might we recommend the latest Small Town Monsters effort, The Mothman Legacy.

The first direct sequel in the Small Town Monsters canon, this documentary is a follow up to the production company's 2017 effort The Mothman of Point Pleasant. While that film covered off the strange sightings that lead up to the Silver Bridge collapse, The Mothman Legacy details everything that happened afterward, including continued encounters with the winged creature, and the eventual feature film based on John Keel's famed book on the subject, The Mothman Prophecies.

Breedlove and company make the best fortean documentaries. Period. And this one is easily their best. The film excels when it focuses on the people impacted by this creature, be it witnesses to alleged sightings, or those who celebrate the beast via museums and films dedicated to it.

It also has something to say about the power of story, and our desire to keep things alive by telling stories about them... even if they scare us. And this story is well told through beautiful cinematography and some well-done recreations.

I didn't realize how much there was to The Mothman beyond the Silver Bridge disaster, and that the alleged beast continues to haunt people to this day. This is a fascinating story, whether you believe it or not, and The Mothman Legacy is equally so. See it. It's a Good.