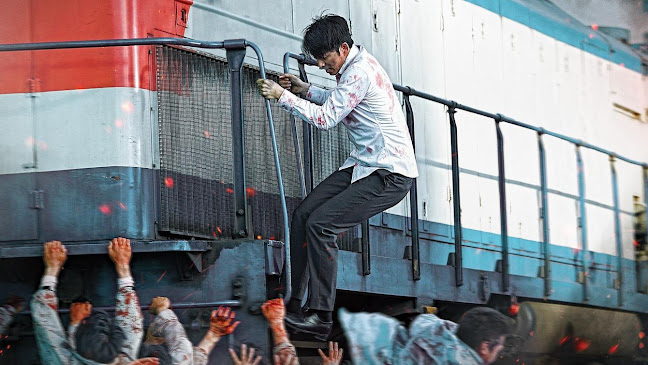 It's not that you can't still make great ones, but the genre has -- pun intended -- been done to death. That's why I was pleasantly surprised by Train to Busan.

While not revolutionary, it pulls you in with its engaging characters and the brutal situation they're trapped in. This movie keeps you on edge; in a similar state to the people stuck on that doomed train.

Part of this is thanks to the ruthless zombies. These undead sprint, and won't stop until they've had their fill. This, plus their sheer number, makes them intimidating, in contrast with their traditional counterparts.

The real seller, though, is the endearing main characters who you want to see survive until the end. Our main crew starts at odds, but grows to trust each other and form a decent team. This makes their fate at the end all the more upsetting.

Again, none of this is revolutionary, but it all adds up to a solid movie. It's a fun, tense watch with friends. I recommend it for your group, as it's a Good!