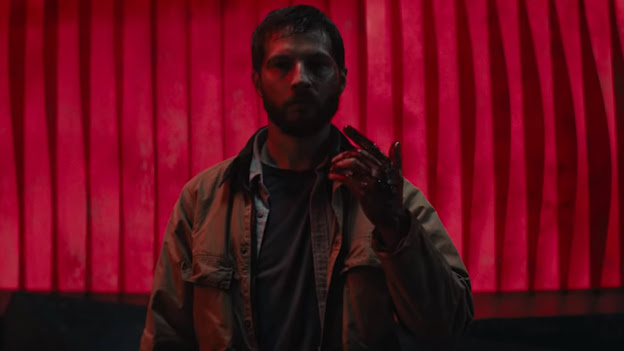 You know, it's a movie like Upgrade that disappoints me most.

It's a movie that has great potential, but doesn't fully realize it. It's got an interesting concept and bitchin' fight choreography, but ultimately feels lacking.

It could be that Upgrade doesn't have the most amazing characters. The acting might be decent, but the characters still lack depth, and could easily be boiled down to stereotypes. You could make an exception of the main villain, but I'd still give most of that to the actor playing him.

As well as the characters, the plot wasn't that substantial. There was mystery and intrigue at the beginning, but that petered out as the story wandered along. It almost felt like the plot was there just to get us from action to scene to action scene.

While watching this movie, I kept thinking of Black Mirror, and now I know why. This movie is basically an episode of that show stretched out to feature length. It's basic characters and hollow plot would make sense in 30 to 40 minutes, but not a full movie.

If only this story could've been fleshed out some more, this might've been something great. Still some great fight scenes though, so you might as well watch it for that. I'd still call this one a Good.