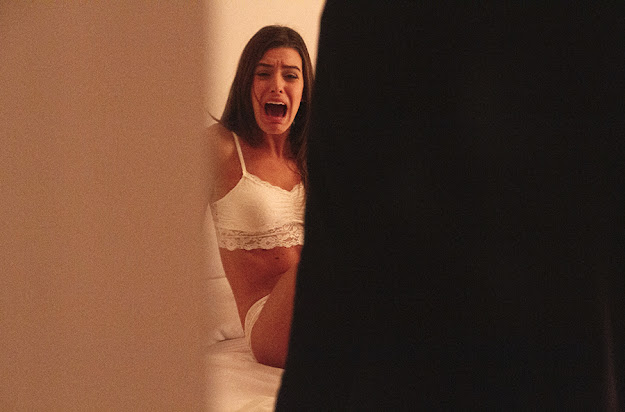 It's been a while since we talked about the Giallo-inspired thriller Sweet Pain, AKA Dolorosa Giola, a film I quite enjoyed, as this review attests.

But we've got some good news for Gonzalo Lopez's flick, which had a successful theatrical run in its country of origin, Spain.

Co-produced by John Fallon via his Bruise Productions, Sweet Pain will now hit North American screens thanks to Leomark Studios, which recently acquired the film. Congrats to all involved on that one!

In the words of Lopez himself: "Our thriller, Sweet Pain, was actually loosely inspired by the tragic life of Renaissance music composer Carlo Gesualdo. Our story is set in the present day though. Given the subject matter, we have decided not to use dialogue to strengthen the universal theme of our story. As a result, the imagery and music is the language we use to tell our tale. By taking such a bold direction, the road to a North American release has been a challenging one, and I'm elated we have landed in the best hands via Leomark taking on the film. I'm very exctied!"