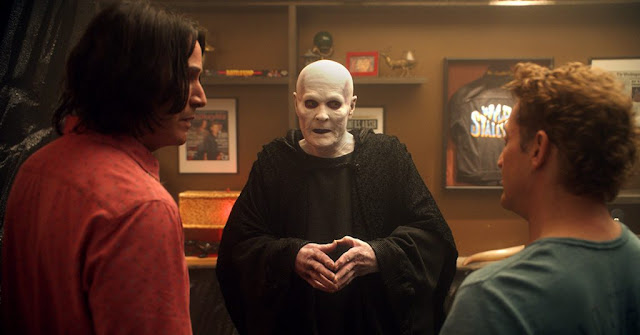 The Basement Boys are back for another round of entertainment -- and entertaining -- radio to kick off your September.

Just what have they got on deck this week, when they take to the Radio NL 610 AM airwaves at 10:05 this morning? Reviews of two big releases and an interview with a veteran genre director, that's what!

Jason sat down with Greg Lamberson, writer/director of the new horror flick Widow's Point starring Craig Sheffer, which he reviewed on our last episode. He and Greg discuss Widow's Point and its literary origins, and how the film is a far cry from his past horror films.

Then The Dynamic Duo put the first big release to come down the pike in a long time -- Bill & Ted Face the Music -- on the chopping block. Do they deem this sequel, which was a brewin' for some 29 years, worth the wait? They also tackle Megan Fox's killer lion movie Rogue, and a slew of other films too legion to count.

But one of them is an exorcist documentary from Willian Friedkin, who knows a thing or two about such things....

The fun begins after the 10 o'clock news, and only on Radio NL 610 AM Kamloops!