The Insurrection, Tax Shelter Terrors and The Wretched 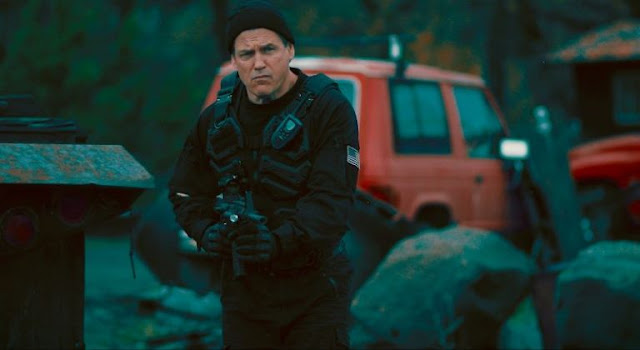 Last night's broadcast on the mighty Radio NL 610 AM Kamloops went off without a hitch. We're sure you caught it, but just in case, we proudly present the podcast version for your ear holes.

No interviews this week, but we do have more reviews than you can shake a stick at. Like at least three. Maybe four? We'll go with four, just to be safe.

Our feature reviews are the controversial Rene Perez action movie The Insurrection and the documentary Tax Shelter Terrors. The Insurrection struggled to find a distributor due to its anti-woke, anti-SJW conspiracy theories. Tax Shelter Terrors tackles the heyday of Canadian horror movies that followed the government's tax-shelter program. How do these flicks rate? Are they worth your time? Stick with us!

And stay tuned, as Shawn has seen Netflix's Space Force starring Steve Carell. Is it a funny riff on work a la The Office? And Jason took in the only movie making the rounds at the North American box office -- The Wretched.

Throw in some lively banter, and a wee bit of political commentary, and you have the latest podcast... From The Basement. Push play on the player below and enjoy!