There have been movies about killer cars, killer closets, killer fridges and even killer dolls... so it was high time someone made a killer-bed movie.

And BOOM! That's what the fine folks at Uncork'd Entertainment have gone and done. The movie is called The Dwelling, and it's comin' at yah later this month.

What's it about? Four people find themselves stuck on a haunted antique bed where leaving means suffering a gruesome death. Plagued by frightening hallucinations, they must figure out the bed's secrets before they are ultimately picked off one by one.

Sounds so preposterous it just might work. Maybe. Check out the trailer:

The Dwelling is directed by Jeff Maher, and written by Maher and Cody Calahan. It stars Alysa King and Gwenlyn Cumyn, and arrives on DVD and Digital Nov. 27. 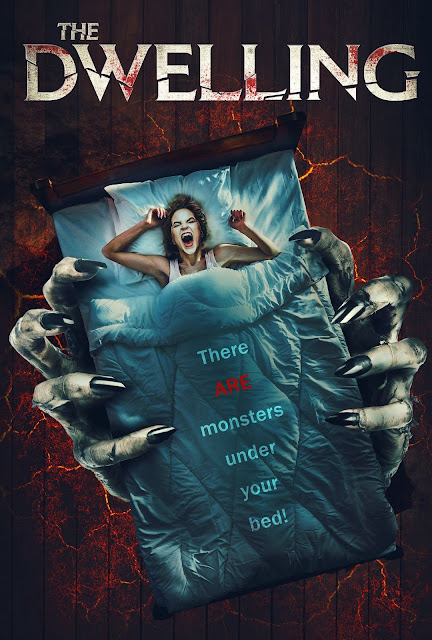