Book Review: I'll Be Gone in the Dark by Michelle McNamara 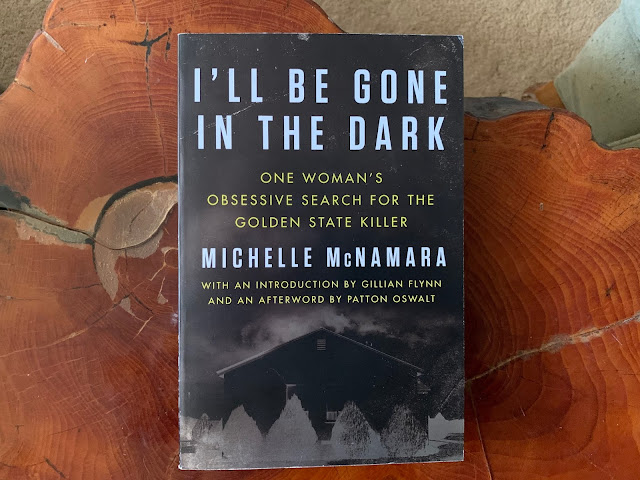 True crime isn't something we dive into a lot here at From The Basement, but it's definitely a subject that's near and dear to my heart.

For the 10 years I was a mainstream journalist, the crime beat was my bread and butter. I lived it, breathed it, and it almost drove me nuts. But the subject is one I continue to be fascinated with, particularly when it comes to serial killers.

Michelle MacNamara might best be known for her True Crime Diary blog. But it's her obsessive search for the criminal she dubbed the Golden State Killer that gained her notoriety. The culprit, a violent predator responsible for some 50 rapes and 10 sadistic murders, largely operated under the radar. It was McNamara who pushed him into the spotlight.

I'll Be Gone in the Dark is a dazzling display of writing and research. She not only painstakingly recreates the predator's crimes, but also the stories of his victims. And by doing that, she tells her own story too, which was sadly cut short when McNamara died in 2016. She was 46 years old. The book wasn't finished at the time of her death, but was pieced together by her colleagues and husband, comedian Patton Oswalt.

I can't do the book justice here. But if you're a true-crime nut, it's a must read. She captures the crimes, the victims, and the lives of the cops on the case brilliantly. You feel for all involved, and grow to loathe the Golden State Killer, who was eventually caught, but after this book was published.

So effective is this story, that it had me checking and double checking our doors and windows before bed. That's how Good this book is, and I highly recommend it.